Ski jumping is an exciting sport to watch and placing a few bets can make a thriller out of each jump. With more and more sportsbooks offering markets for ski jumping, there is almost no excuse not to try and beat the markets. Below you can read our preview for the first match this season.

Ruka is part of the World Cup itinerary for the 15th time. The last Finnish jumper to win in front of a home crowd at Ruka was Arttu Lappi in 2006/07 season. Two years ago, Simon Ammann won both events, sharing the win with Noriaki Kasai on the second day of competition. 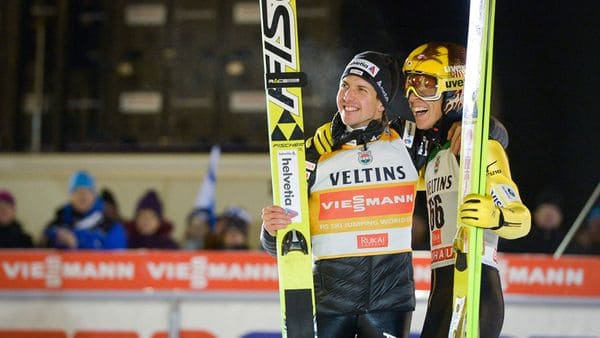 The qualifications match for today’s first ski jumping match of the new season of the World Cup was won by the polish contestant Maciej Kot, while the second place was taken by his teammate, Dawid Kubacki. Manuel Fettner(Austria) came third. Austrians were the most dominant nation in ski jumping, until the last couple of seasons. They failed to win a team event at the World Cup in the last two seasons and over the last six campaigns their number of individual World Cup wins have dropped with every season. Last season they only managed to win four World Cup events, three by Michael Hayböck and one by Stefan Kraft. Maybe their new song will help them fly higher :)

Last season, Peter Prevc had one of the most dominant seasons for a ski jumper. He won the overall World Cup, the ski flying World Cup and the Four Hills Tournament. He won 15 individual World Cup events and managed to get a podium finish on 22 occasions. He also managed to break two records, Gregor Schlierenzauer’s single season record total of 13 wins and Schlierenzauer’s 20 podium places. Prevc also became the first jumper to win the individual Ski Flying World Cup in three successive seasons. He is currently at 3.16(Pinnacle) to win today’s match, but I don’t see any real value for betting on him this early. I would rather recommend laying him at exchanges than backing him.

I have only one prediction for today, Domen Prevc(younger brother of Peter Prevc) beating Marcus Eisenbichler at the odds of around 1.50 at Bet365 in the H2H market. During the qualifications, Domen managed to jump 141 meters (0,5m less than Maciej Kot). He got 144 points (only 5.3 less than Maciej Kot) in pretty good conditions. Eisenbichler managed to jump 135 meters, but in better conditions that Domen.

A-League 2020/21 Round 3 Betting Previews and Predictions