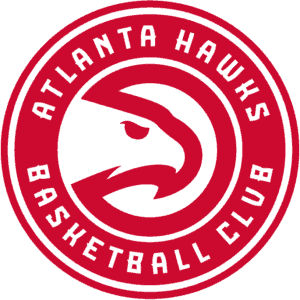 Describing them as one of the top teams in the East in the league is not far from the truth and much of their success can be linked to Mike Budenholzer, who is a head coach of Hawks for his 4th year. With the new starters (Dennis Schroder and Dwight Howard) they surely increased the quality of the squad, but the question is, how fast will they adjust to their new surroundings in Atlanta. As for transfers, they signed Josh Magette and Kris Humphrise, Jarrett Jack, Taurean Prince (draft) and DeAnder Beamby (draft). With the arrival of Dwight Howard, they expect him to perform up to par, but he can be happy he is not needed in a sense he will need to carry his team. Atlanta Hawks already got a decent team, and Howard is not there to “save” the team. Despite him being a nice addition, I believe another player will get more attention, and he is Dennis Schroder. He has became a true leader on the court, and much of the Atlanta’s success will be decided by his performances. He has a huge potential and it would be a shame if he does not utilize it. 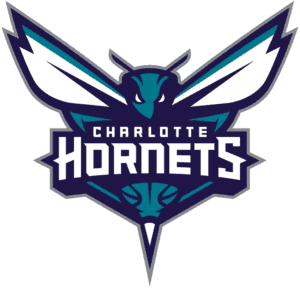 The Hornets are hoping to repeat their last season, when they went on to ein 48 games and fought well in the 1st round of Play-offs against Miami Heat, pushing them to 7 game. Despite failing to advance (4:3), they can be proud of their performance.  The departure of Jeremy Lin won’t be a big problem, as veteran Ramon will be responsible of taking over his place at the point guard position. In addition Al Jefferson, Courtney Lee, Jorge Gutierrez and Troy Daniels are also leaving the Hornets with the upcoming season. But with the addition of Roy Hibbert (who will have a competitor in Cody Zeller for the starting center position), Brian Roberts, Ramon Sessions and Christian Wood they won’t have any problems with the roster. It sure will be a challenge integrating all the new players in their new surroundings, but head coach Steve Clifford has proven before he is more than capable of doing that. Hornets will need Batum to shine like he hasn’t before, and now with a new contract he is required to do so. He has proven his worth in the national team and now it’s time to do the same for the Hornets. When you draw a line, they have got a good team overall, the only problem is their inconsistency, which they will try to get rid of in the upcoming seasonTo repeat the season would be great, but of course they will strive to build on that and go even further. 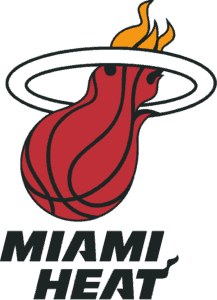 The times of the 3 stars (Dwayne Wade, LeBron James and Chris Bosh) are behind, and Heat will need to find a way to make it work without them. If you ask me, which of the players in the Miami roster could replace them, there is a simple answer; none. There simply aren’t players in Miami with the same amount of experience and quality to be compared to Wade, James and Bosh. The 3 players considered to be “the 3 stars” now are Johnson, Whiteside and Dragic, but they are not at the same level. Miami Heat brought Wayne Ellington, James Johnson, Willie Reed, Beno Udrih, Dion Waiters, Derrick Williams and Luke Babbitt to their roster, whereas they lost Luol Deng, Gerald Green, Joe Johnson, Amar’e Stoudemire, Dorell Wright and Dwayne Wade. Now with the departure of Dwayne Wade, we can expect Goran Dragic getting more play time and showing what he can do. Will he be able to compensate Wade is yet to be answered, but being that Wade was the best player in franchise history it is not likely it will happen. Goran Dragic and Hassan Whiteside will be in the centre of the spotlight this season. Dragic has to excel as a leader in his team, whereas a lot of pressure is on Whitside, who has just cashed a $98 million deal. And with a deal that big comes a big responsibility. With Bosh out of the picture due to failed physicals, Heat need to find a way to stay in the top, which will be hard. I personally do not think they will be a strong team this season, but a battle for the playoff spot is a realistic expectation.

The team is still working on rebuilding process, and with the arrival of Frank Vogel they are advancing in that way. Orlando mixed up their roster quite a bit, with the arrivals of Cliff Alexander, D.J. Augustin, Bismack Biyombo, Jeff Greem, Damjan Rudez, Serge Ibaka, Jodie Meeks and C.J. Wilcox. On the other hand Dewayne Dedmon, Brandon Jennings, Andrew Nicholson, Jason Smith, Ersan Ilyasova, Devyn Marble, Shabazz Napier and Victor Oladipo all left the Orlando Magic. The departure of Oladipo is still a big question for me. He was constantly praised for his potential and to sell a prospective player is just weird to me. One of the explanation could be the improvement of Evan Fournier, who could take away minutes from Oladipo. This seems as a good guess, when you realise Fournier was given a $85 million deal, so it’s clear he is an important player for Magic. With the arrival of Vogel, we can expect an improvement in defence. They have got the right players to achieve that, but how will it play out is yet to be seen. Stepping back to the topic of players, Magic has got a lot of players who will need to compete for minutes, which has a positive side to it. Improvement. Of course, if a player wants to have more minutes he will have to outperform this “competitor” which in the long run only means one thing, a much improved team as a whole. With all the roster and personnel changes it’s hard to guess how will they perform in the upcoming season. If they manage to get their plans to work we can expect a good season, if not.. well, we will just have to wait and see. 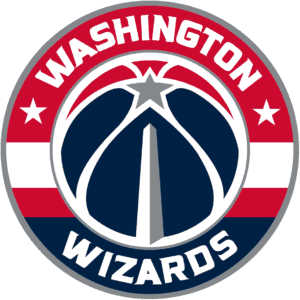 Another team with a new coach (Scott Brooks) this season. He is known for “fixing” the issues between players, as he did in Oklahoma (Durant-Westbrook) and he will have another task at the Wizards (Wall-Beal). John Wall and Bradley Beal had some issues, who are seemingly gone. And they better be. A lot of the success of Wizards will have to come from these two star players and if they can’t play with each other, we cannot expect any good results. A lot of speculations about the return of Kevin Durant went downhill, when he declined the move. SO the biggest move was probably the resigning of Bradley Beal ($128 million). Besides that, Wizards singed Ian Mahinmi, Andrew Nicholson, Jhonny O’Bryant and Janson Smith. The players that left the Wizards are as follows: Alan Anderson, Jared Dudley, Nene Hilatio, Ramon Sessions and Garrett Temple. Now with the new coach, he is expected to manage the young stars, Wall and Beal, who as mentioned before are highly important for the Wizards success this season. Bradley Beal has had some injury problems in the training camp, and the injuries are probably one of the only thing to stop him. When he is healthy and on top of his game is truly a spectacular player, one of the best shooting guards actually. The goal of The Washington Wizards this season is to return to the playoffs and they have got the right team to do so.