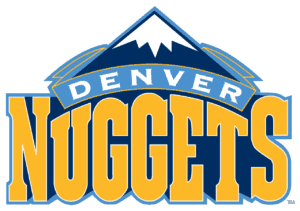 Still seeking the right recipe for increasing their wins/season. Lats season, Denver Nuggets held a record of 33-49. Win count at around 30 has become something like a habit for them, which they need to get rid of sooner or later. Mike Malone, the head coach believes Denver Nuggets are capable of breaking the 40 win barrier, and maybe this will be their year. Heading into this season, Nuggets brought 4 young players, all by draft. Jamal Murray, Juan Hernangomez, Malik Beasley and Petr Cornelie are the names that will be written on Denver Nuggets jerseys this season. Despite the draft, Nuggets did no sing any new players. As for departures, D.J. Augustin and Jofferey Lauvergne are not a part of this team anymore. If they wish to get a better result than last season, all of the players need to improve. Much of the success will also be decided by how well the rookies perform, maybe they drafted a future star. But we will have to wait and see if that’s the case. But there is one thing that I can say without the doubt. Nuggets are slowly improving. This may not be seen this year but on the long run I am certain they will shine. With many young players, who are expected to grow and veterans that can teach them a thing or two it’s a great combination for the future. 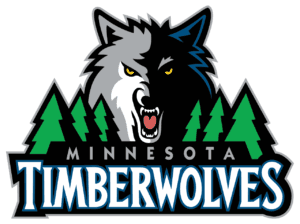 The Wolves have not been performing up to par for a decade now and maybe this will be the year they break free of those shackles. After the death of Flip Saunders due to cancer, Timberwolves assigned a new coach, Tom Thibodeau. Besides a new management, we will see a couple of new players this season. With No.5 pick, the Timberwolves drafted Kris Dunn to their roster. In addition Cole Andrich, Rasual Butler, Jordan Hill and Brandon Rush all joined via free agency. On the other side, Damnaj Rudez, Greg Smith and Kevin Garnett (retirement) will not be seen wearing Minnesota jersey. There are little teams that have a wide range of players that can start at the Point Guard position. Ricky Rubio, who has played for Timberwolves since 2009, has not got some competition for his position. Dunn and Jones are both capable of replacing him, so we can expect each of them trying their best to improve and show the coach they deserve to be in the starting 5.
I know I may say this for other teams, but Minnesota Timberwolves are surely going to improve from their last season. Well improving from 29wins is almost a given, but with the new coach, promising young players and a few talents in the team they might be on the right road now.

For them it seems they just cannot win the title and the last season’s slip up surely won’t be forgotten anytime soon. After a great season, they went into playoffs, where Thunder defeated Dallas (4:1), San Antonio (4:2), but lost to Golden State Warriors (4:3). The painful part of this is, that they were leading 3:1, but lost all 3 matches after that. Looking at the roster changes, there were a few. Oklahoma City Thunders singed DOmantas Sabonis, Alex Abrines, Semaj Christon, Daniel Hamilton (all via Draft), Roonia Price, Joffrey Lauvergne, Ersan Ilyasova and Victor Oladipo. On the other side, players that left the Thunder are; Randy Foye, Dion Waiters, Serge Ibaka and the biggest departure Kevin Durant. The biggest addition is without a doubt Oladipo, who has a huge talent and is a exciting player nonetheless. He is also young, so a room for development is huge, and if Oklahoma can use that they have a new star in their hands. Of course the departure of Durant will affect the team, so reaching the playoffs won’t be as easy as before. Still, OKC has Adams, Oladipo and Westbrook in the roster and that should be enough for them to be a competitive squad. 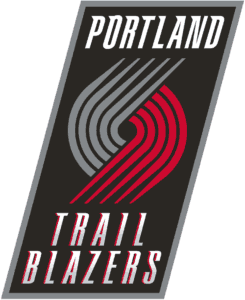 A very surprising season behind them, in a positive way. With 44 wins, they reached the playoffs, where they beaten LA Clippers (4:2), but failed to do the same against Golden State (4:1). Some may say there was a bit of luck involved in their great season, but for me, they are capable to repeat it. Going into this season, they have signed Jake Layman (draft), Fetus Ezeli, Evan Turner and Shabazz Napier, whereas the team will miss Gerald Henderson, Brian Roberts and Cliff Alexander, who all left. The question is, can Trail Blazers build up on their successful 2015/16 season. Well they have got potential players in their roster (McCollum and Lilard), so a lot will depend on their performance. In addition, Portland needs to work on their defence, as it was not spectacularly good last season.

The plan of building the team is close to the end, as Utah Jazz come into each season better than the last. Throughout the years, Utah Jazz brought new players to their roster, slowly building the fundamentals for a new, improved team. This tactic of Dennis Lindsey seems to be working and fans should be happy. Joel Bolomboy, Marcus Paige, Tyrone Wallace, Joe Johnson, Boris Diaw, George Hill and Henry Sims are the reinforcements for the Jazz this season, whereas Trevor Booker and Tibor Pleiss left the team. Now with the veterans (George Hill, Joe Johnson, Boris Law) and promising young players such as Trey Lyles, Utah Jazz seems to have a bright future ahead of them. The problem they will need to face is the absence of Dante Exum, who has had a surgery and won’t be able to play as much. As mentioned before, Utah Jazz has a right mix of the players. Young players, who are developing and veterans to guide them. Despite I don’t see them achieving any magnificent yet, they will be one of the fastest growing team in the future.