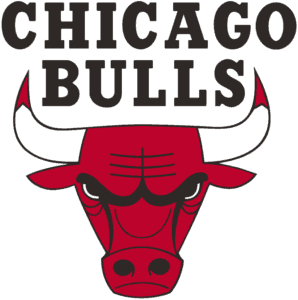 They have been on a downright spiral for quite some time, and many fans questioned if their favourite team will ever get back up. A lot of optimism was created with the new signings in Dwayne Wade and Rajon Rondo. Both are veterans in NBA and many believe that is what the Bulls need to get back up to the top. In addition of them being a good players, they can influence the young players and maybe teach them a thing or two. These two moves were big to say the least.. but not as big as departure of Derrick Rose to New York Knicks. Rose was a main topic of discussion whenever you mentioned Chicago Bulls, as everything revolved around him. Will Bulls be able to compensate hiss loss is yet to be seen, but one thing is for sure. Bulls are working on restructuring their team. In exchange for Rose, Justin Holiday and second round pick in 2017, Bulls got Robin Lopez, Jerian Grant and Jose Calderon. Jose Calderon ended up travelling to LA Lakers, only for Bulls to free up the cap, for the singing Wade. Another big change worth mentioning is departure of Joakim Noah, who was replaced by newly signed Lopez. Now with the new “era” for Bulls, they are hoping the arrival of Rojan Rondo and Dwayne Wade will help them. But the signings of Rondo and Wade are quite confusing to me, due to their age. What exactly are Bulls hoping to achieve is a big question. Will they rise to their former power again? Not likely if you ask me.

The defending champions are going into this season as a serious threat to other teams, as they are more than capable of repeating their accomplishment. During the summer, they did the opposite of what you could expect. There was little to no time to celebrate, as they put their energy into preparing for the upcoming season. James stated ” I don’t really look back on it. I’ve always said once I’m done playing the game, I’ll have an opportunity to sit back. I’ve been working all summer. You know I don’t stop. So I haven’t had much time to just sit around and look at the accomplishments that we’ve made or we had and what we did. But I know it was an incredible ride, and I was happy to be a part of it”
Last season Champions know they have what is needed to compete for the title once again, so their roster changes were kept at minimum. The biggest changes worth mentioning are departure of Matthew Dellavedova and reinforcements in Mike Dounleavy and Chris Andersen. If the Cavaliers wish to repeat their success, much will depend on Kyrie Irving and James performance. Irving has proven he can lead the team in the Finals and for me he is a future MVP. But he mustn’t get too selfish as he needs to work with James .

Their improvement cannot be overlooked. In the range of 2 years, Pistons coach Stan Van Gundy took them from 29 to 44 wins, which gave them a ticket to East Playoffs, where they were beaten by Cavaliers (4:0). As for this season additions, Pistons drafted Henry Ellenson and Michael Gbinije in the second round. In addition, they singed Ish Smith, Jon Leuer and Boban Marjanovic from free agency. On the other hand, Jodie Meeks left for Orlando. The injury of Reggie Jackosn should not come as a problem, because Ish Smith will be more than capable to step in his shoes. Averaging 14.7 ppg and 7.0 apg over 50 games at Philadelphia, he is a great addition for the team. Especially in a sense of letting some weight off Reggie Jackson, who had to carry too much of the scoring load last season.  The Pistons are entering this season with high expectations, despite starting off the new campaign without Jackson. Van Gundy has proven he is slowly but surely improving the team and I expect them to get better each season, maybe they will even be able to challenge Cavaliers for their supremacy. The reason I say that is because Pistons played well against Cavaliers, and if you can compete against a team that has won the championship, you can be sure you are doing something well. 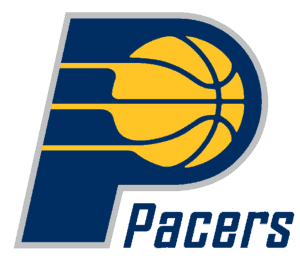 The Pacers’s president wants his team to play smaller and faster, which was seen in the last season, finishing at 6th place in pace. The problem I see is their offensive performance, and the president Larry Bird saw that too. With that, he decided to get rid of coach Frank Vogel and promoted Vogel’s assistant McMillan to a coach position. As for the new players, Indiana drafted Caris LeVert and Georges Niang. In July, Larry Bird traded George Hill to Utah to bring Jeff Teague in the team, in addition he sent LeVert to Brooklyn in exchange to Thaddeus Young. Veterans Al Jefferson and Aaron Brooks were both signed as free agents.  The exchange of Hill for Teague is an upgrade in my eyes, especially offensively, which is what Indiana needs. On the other hand McMillan is known for his defensive focus, which makes sense to be fair. Pacers need to find a new strategy which will work for them and McMillan just might be the right man for that. Now with the upgrades in the offensive line and previous mentioned coach, Pacers seem to have a good chance to improve. 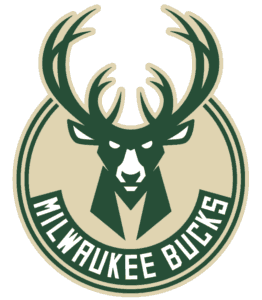 Their last season was a step back from 41 victories to 33. All hopes of them improving back or over the 41 win line went down the drain due to Khris Middleton injury(torn hamstring), who will be sidelined for quite some time. In June, the Bucks drafted Thon Marker and Malcolm Brogdon, added a few free agents; Mirza Teletovic and Matthew Dellavedova and singed Janson Terry and Steve Novak. Miles Plumee got rewarded with a 4 year deal worth $50 million, whereas Antetokounmpo got his extension worth $100 million for 4 years. There will be a problem finding a replacement for Khris Middleton, his points and perimeter shooting. Without a player like him, Bucks offence will suffer greatly. For me, they will not put up any great result this season, best bet for them is to plan for the next season.