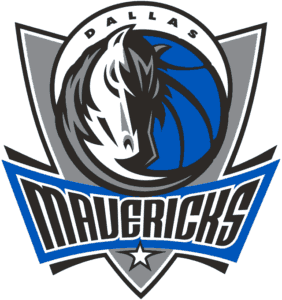 Dallas added Quincy Acy, Seth Curry, Andrew Bogut and Harrison Barnes to their roster, whereas they lost Raymond Felton, David Lee, Zaza Pachulia, Chandler Parsons, Jeremy Evans and JaVale McGee. The spotlights will be on Barnes to bring his scoring to the table, with the help of veteran Dirk Nowitzki, who despite his age (38) still performs well, but does need someone at SF to help him under the rim. On the other side of the pitch Bogut is expected to provide rim protection with his size. Mavericks have not shown any spectacular in recent years. Actually there has not been any great accomplishment since winning the BA in 2011. There is a lot of work to be done in the squad and it will take a long time for Dallas to rise in power once again. Mavericks will be hoping Bogut can stay healthy, and for Williams(32), Harris (33) and Barea (32) to still be able to perform up to par on the point guard position despite their age. 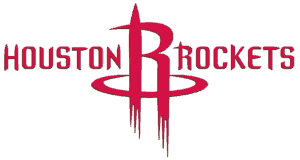 A disappointing season behind them, as they were expected to do more than just a record of 41-41. Now with the changes in the roster and a new coach, they will try to improve. The new coach is Mike D’Antoni, who is known for his offensive strategy, which will suit Harden, who will most likely be the one who will carry his team. Big news for Rockets is the departure of Dwight Howard to Atalanta. In addition Terrence Jones, Jason Terry, Michael Beasley and Andrew Goudelock all left the Rockets. As for the new faces in the team, Ryan Anderson, Eric Gordon, Nene Hilario, Pablo Prigioni, Onuaku and Zhou Qi will all wear a new jersey this season. Last season’s poor performance, or better yet a performance which was under the expectations could be the result of miscommunication between Howard and Harden. Now this problem is “solved”. Now it’s time for Harden to shine, and take his team back to the top. With the help of D’Antoni Harden’s performance should skyrocket, but we will have to wait and see what the final outcome will be. Despite falling off a bit last season, Houston Rockets are a strong playoff contender in my eyes, and quite frankly I will be surprised if they do not perform as expected.

Team that has been set back a lot due to injuries throughout the whole season, is happy for a new fresh start in hopes they can avoid problems they faced in previous season. With a new season comes a new coach on Grizzlies bench. David Fizdale will be the man replacing Dave Joerger and the Grizzlies are hoping Fizdale will a big upgrade with his experience from being an assistant coach at Miami. Not only a new coach, Grizzlies got a few new players in the roster; Wade Baldwin IV, Deyonta Davs, Andrew Harrison, Rade Zagorac, Wang Zhelin, Mie Conley, James Ennis, Candler Parsons and Troy Daniels. On the other side, Chris Andersen, Matt Barnes, Bryce Cotton, Jordan Farmar, Xavier Munford and Lance Stephenson will join the team for the upcoming season. If there is one thing Grizzlies need to achieve is to avoid injuries. They have seen the consequences of what injuries can do in the last season. A lot of expectations are put on Mike Conley, who got a hefty increase in his contract, being one of the most underrated players recently it’s his time to prove he is worth the money Grizzlies spent on him.
We can expect Grizzlies to rise to their former power (2013-15), only if they can stay clear of injuries. If so, expect them to go far this season. 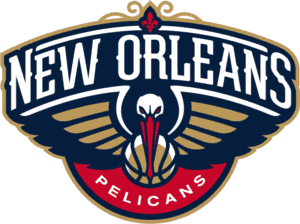 After finishing in 12th position in the West, Alvin Gentry is hoping for a better 2nd season with Pelicans in 2016/17. It’s understandable he has not finished his 1st season with a smile on a face. When you take over a team and end up with a record of 30-52 it’s reasonable he is disappointed. There were not only injuries that contributed to the end result, but many other factors. Now there is nothing else to do but to start all over again. The Pelicans were active in the transfer market, singing Buddy Hield, Cheick Diallo, Chris Copeland, Langston Galloway, Solomon Hill, Terrence Jones, E’Twaun Moore, Robert Sacre, and Lance Stephenson. As for departures, there were 5; Ryan Anderson, James Ennis, Eric Gordon, Jordan Hamilton and Luke Babbit. The biggest addition to the team in No. 6 drafted Buddy Hield and Pelicans have a lot of expectations from him to fulfil. Another rising star is Anthony Davids, who will be expected to start as many games as possible, despite only playing 70 or less games/season in the last 4 years. If the Pelicans do not improve he just might leave for a better team and maybe compete for the title. He is a huge prospect and keeping him in the squad as well as utilising his potential is crucial for Pelicans.  Pelicans in all fairness are not a team that will compete for the playoffs spot, at least not with the performances they are showing. 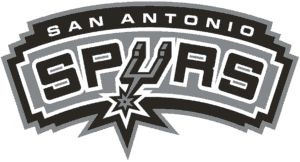 The retirement of Tim Duncan is a huge blow for the Spurs. Duncan has joined the Spurs in 1997 as a 1st pick in the draft and has not left the Spurs since. Now after 19 years he has decided to retire, leaving a huge hole in San Antonio Spurs. Well he was the best player in the franchise history and his departure is a huge thing to happen, but looking at how will it affect the squad, the Spurs have more than enough good players to keep providing good results. San Antonio has added a few players to its roster; Livio Jean-Charles, Dejounte Murray, Davis Bertans, Ryan Richards, Dewayne Dedmon, Paul Gasol, Manu Ginobili and David Lee. As for departures, Boban Marjanovic, Dadiv West, Boris Diaw and of course Tim Duncan have left the team. Spurs soon found a replacement for Duncan in Paul Gasol, who has joined the team from Chicago. Replacing the 15 times All-Star will be tough, but I believe Paul Gasol will be able to step in Duncan’s shoes and fill the void. Spurs are a strong team, which they showed last season (67-15) and are expected to keep showing that. Replacing Duncan on the bench and in the locker room will be impossible, but his retirement will give room for other players to rise and begin a new era for the Spurs.